How I Learned to Love Gravity

My first encounter with the Alexander Technique was in the early 1970's when I was a Dance/Choreography MFA student at the California Institute of the Arts. The AT was not part of the curriculum then. It is now.

A friend in the Music school offered me a "turn." He had studied extensively with Marge Barstow in Nebraska. I was open to all input and gladly accepted, not having any idea what it was.

I had worked hard for my technique. I'm surprised I hadn't broken a few ballet barres with the intensity of my grip. All inadequacies, I was convinced, could be overcome with more muscle strength in the right places. My teachers were fabulously intelligent and accomplished: Mia Slavenska (a druid), Bella Lewitsky, Donald McKayle. Cal Arts was a time for me just to learn. I was a sponge.

So, I put myself, literally, into the hands of my friend imparting the AT to me. I don't remember if he said anything or, if he did, what it was. After 45 minutes he "scooped" me up off my supine position into sitting on the floor. Magic. I felt weightless. I had never moved in space without any effort at all. Then, up to standing. I don't remember how that happened. What I remember most was walking across the floor. I thought I was going to lift off the earth. On my third step, I was sure, I would float 30 feet before landing again.

This experience was astounding to me. And it was the opposite of muscle use. I don't remember ever feeling so buoyant.

Around the same time, 1972, I had the marvelous good fortune to see a demonstration of Contact Improvisation by Steve Paxton and the group of dancer/athletes he had invited to help him develop the exploration of "having a continuous accident safely."

I began studying the form via snail mail video tape from Steve in Vermont (me in California). At first, I had 3 or 4 bruises around every joint. Gradually, I became better at rounding the corners, rolling and extending through the arc. The form requires being awake in every moment, responding accurately to stimuli as you follow a mutually created energy pathway. This meant spinning, rolling, flying through the air in an unplanned shape, supporting and "sluffing" a 185 lb. dance partner. And doing it all with the easiest possible relationship to gravity (which is what kept us all safe).

Not only did this process completely undo my concept of dance, it improved my ballet technique. From 2, muscled, pirohettes, I found myself floating around in 5. On both sides!

My career was in Contemporary Dance: studying, teaching and performing Contact Improvisation, founding my contemporary dance company, "Janet Lott and Dancers," and teaching at Universities; Naropa and the University of Colorado among others. Dance years overlapped with parenthood.

When I pondered "what next?" I remembered my experience with the Alexander Technique. I had learned to float using other techniques. Could I re-experience the joy of buoyancy even though my body was changing and I no longer had the energy to dance the way I had? 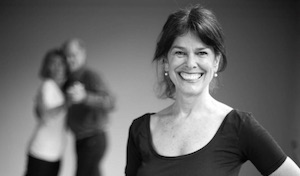 Janet Lott has devoted her career to developing a deep awareness of the body and movement from multiple perspectives. To her work as a teacher of Alexander Technique, she brings unique expertise and experience as a meditator and teacher of meditation, dance company founder and principal, Tango dancer and instructor, yoga practitioner and teacher.

“I have known Janet Lott for over 30 years and she has always had a profound and deep connection with dance, the creative process and how the body works. Her patient and clear manner add the final healing touch in trusting that her methods do bring results. Everyone should have this experience.” – Sheila Sabine 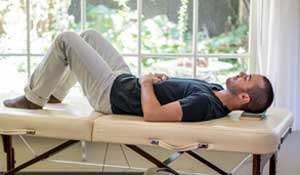 Janet currently can be found at:

Janet has held faculty appointments at the following:

“I took seminar on Alexander Technique (AT) with Janet earlier this year, and found it both fascinating and useful.

I really came to appreciate how little I really know about my own body, how I move, and the habits I may have picked up that interfere with my health or physical activities. AT is great way to learn what you’re REALLY doing with your body–how you walk, how you stand up, how you lie down. It then helps you correct any problems or long-standing habits by gently returning the body (and voice!) to their natural balance. It is quite effective.

Janet herself is a very kind, giving person, a good teacher and a gentle, perceptive coach. Highly recommended.” Malcolm D.